Should We Keep Our Mouths Shut? - The Academic Attack on Faith and Why I Wish I Had Dawkin's Frequent Flyer Miles 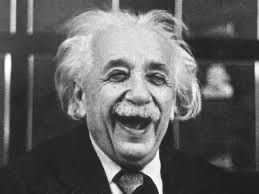 “The fanatical atheists are like slaves who are still feeling the weight of their chains which they have thrown off after hard struggle. They are creatures who – in their grudge against traditional religion as the ‘opium of the masses’ – cannot hear the music of the spheres.”
—Albert Einstein

A while back I posted a statement that one of my daughter’s Criminal Justice professors made to the class—“Christians are a nightmare to work with and anyone with religious convictions doesn't belong in the criminal justice field at all.”  I was somewhat surprised at the huge response to the post. Many voiced similar experiences and frustration although a few put the onus on Christians and my daughter. My favorite was, “Tell her if she can’t handle the heat get out of the kitchen”. That one actually made me laugh—he definitely doesn’t know my daughter. That girl will handle herself.

Now I know we ignorant faithful are supposed to sit back and take the discriminatory abuse or risk the unforgivable brand “intolerant hater” but hey, I have a blog, a few people who read it, the first amendment, and something on my mind so here you go…

It’s no newsflash that my daughter’s experience was just one in a continual barrage of anti-theist rhetoric taking desperate precedent over actual subject matter on our campuses. Here’s another more recent dig at faith by the same professor:

“I’ve never been more disappointed in academia than when I saw a picture of Jesus hanging at Gonzaga University”.

I take pride and comfort in the love, empathy, and unwavering quiet faith my daughter displays. To be honest, I mostly want to punch somebody in the neck (Lord give me patience). Let me say this to you students who dare to come to the logical but unpopular conclusion that a detailed, mathematical universe might have intelligence behind it and didn’t explode (for no reason at all) out of absolutely nothing into perfect order—you are not the hillbillies you’re made out to be by the academic elite. Keep your eyes open. Use your mind. You aren’t alone. In colleges and universities across the country it seems students are enrolled in the same class no matter the name on the schedule—Only Uneducated Hicks Believe in God 101. (Oh, and please make sure to leave your tuition checks with the finance department).

As for me, I’ll readily admit I’m too ignorant to be an atheist. I’m definitely not well traveled enough to proclaim the empirical truth to the pathetic faithful that no God exists anywhere in the universe. You see, unlike Madalyn Murray O'Hair, Richard Dawkins, and my daughter’s Criminal Justice professor I haven’t been everywhere in the universe. But man, I’d love to have those frequent flyer miles…

So, all you uneducated bumpkins out there, join me in raising a glass to higher education and all those classroom-pulpit-pounding smarties who condescend to teach us the absolute truth that there is no absolute truth… Wait…what? And speaking of bumpkins, we’re in interesting company. I thought for fun I’d throw out a few quotes from some other pseudo-intellectual hacks. Poor guys, they should sit in on my daughter’s class sometime. Maybe they could learn a few things and finally contribute something useful to society…

Keep your feet on the path pilgrims, truth wins.

Supposing there was no intelligence behind the universe, no creative mind. In that case, nobody designed my brain for the purpose of thinking. It is merely that when the atoms inside my skull happen, for physical or chemical reasons, to arrange themselves in a certain way, this gives me, as a by-product, the sensation I call thought. But, if so, how can I trust my own thinking to be true? It’s like upsetting a milk jug and hoping that the way it splashes itself will give you a map of London. But if I can’t trust my own thinking, of course I can’t trust the arguments leading to Atheism, and therefore have no reason to be an Atheist, or anything else. Unless I believe in God, I cannot believe in thought: so I can never use thought to disbelieve in God.
--C.S. Lewis


“As we conquer peak after peak we see in front of us regions full of interest and beauty, but we do not see our goal, we do not see the horizon; in the distance tower still higher peaks, which will yield to those who ascend them still wider prospects, and deepen the feeling, the truth of which is emphasized by every advance in science, that ‘Great are the Works of the Lord’.”
—Sir Joseph J. Thomson, Nobel Prize winning physicist, discoverer of the electron, founder of atomic physics.


“A scientific discovery is also a religious discovery. There is no conflict between science and religion. Our knowledge of God is made larger with every discovery we make about the world.”
–Joseph H. Taylor, Jr., who received the 1993 Nobel Prize in Physics for the discovery of the first known binary pulsar, and for his work which supported the Big Bang theory of the creation of the universe.


“God [is] the author of the universe, and the free establisher of the laws of motion.”
—Physicist and chemist Robert Boyle, who is considered to be the founder of modern chemistry.


“It may seem bizarre, but in my opinion science offers a surer path to God than religion.”
“People take it for granted that the physical world is both ordered and intelligible. The underlying order in nature-the laws of physics-are simply accepted as given, as brute facts. Nobody asks where they came from; at least they do not do so in polite company. However, even the most atheistic scientist accepts as an act of faith that the universe is not absurd, that there is a rational basis to physical existence manifested as law-like order in nature that is at least partly comprehensible to us. So science can proceed only if the scientist adopts an essentially theological worldview.”
–Physicist Paul Davies, the winner of the 2001 Kelvin Medal issued by the Institute of Physics and the winner of the 2002 Faraday Prize issued by the Royal Society (amongst other awards), as cited in his book God and the New Physics (first quote), and from his acceptance address of the 1995 Templeton Prize (second quote).

“Astronomers who do not draw theistic or deistic conclusions are becoming rare, and even the few dissenters hint that the tide is against them. Geoffrey Burbidge, of the University of California at San Diego, complains that his fellow astronomers are rushing off to join ‘the First Church of Christ of the Big Bang.’”
–Astrophysicist Hugh Ross, former post-doctoral fellow at the California Institute of Technology and author of The Creator and the Cosmos: How the Latest Scientific Discoveries of the Century Reveal God.

“Astronomers now find they have painted themselves into a corner because they have proven, by their own methods, that the world began abruptly in an act of creation to which you can trace the seeds of every star, every planet, every living thing in this cosmos and on the earth. And they have found that all this happened as a product of forces they cannot hope to discover….  That there are what I or anyone would call supernatural forces at work is now, I think, a scientifically proven fact.”
–Astronomer, physicist and founder of NASA’s Goddard Institute of Space Studies Robert Jastrow.

“I believe that the more thoroughly science is studied, the further does it take us from anything comparable to atheism.”
“If you study science deep enough and long enough, it will force you to believe in God.”
—Lord William Kelvin, who was noted for his theoretical work on thermodynamics, the concept of absolute zero and the Kelvin temperature scale based upon it.

“God created everything by number, weight and measure.”
“In the absence of any other proof, the thumb alone would convince me of God’s existence.”
“I have a fundamental belief in the Bible as the Word of God, written by those who were inspired. I study the Bible daily.”
—Sir Isaac Newton, who is widely regarded to have been the greatest scientist the world has ever produced.